LOS ANGELES—From April 10-11, 2015. The Richard Hovannisian Endowed Chair in Modern Armenian History at UCLA [established by the Armenian Educational Foundation] will hold a conference to commemorate the 100th anniversary of the Armenian genocide. (click on image to enlarge). 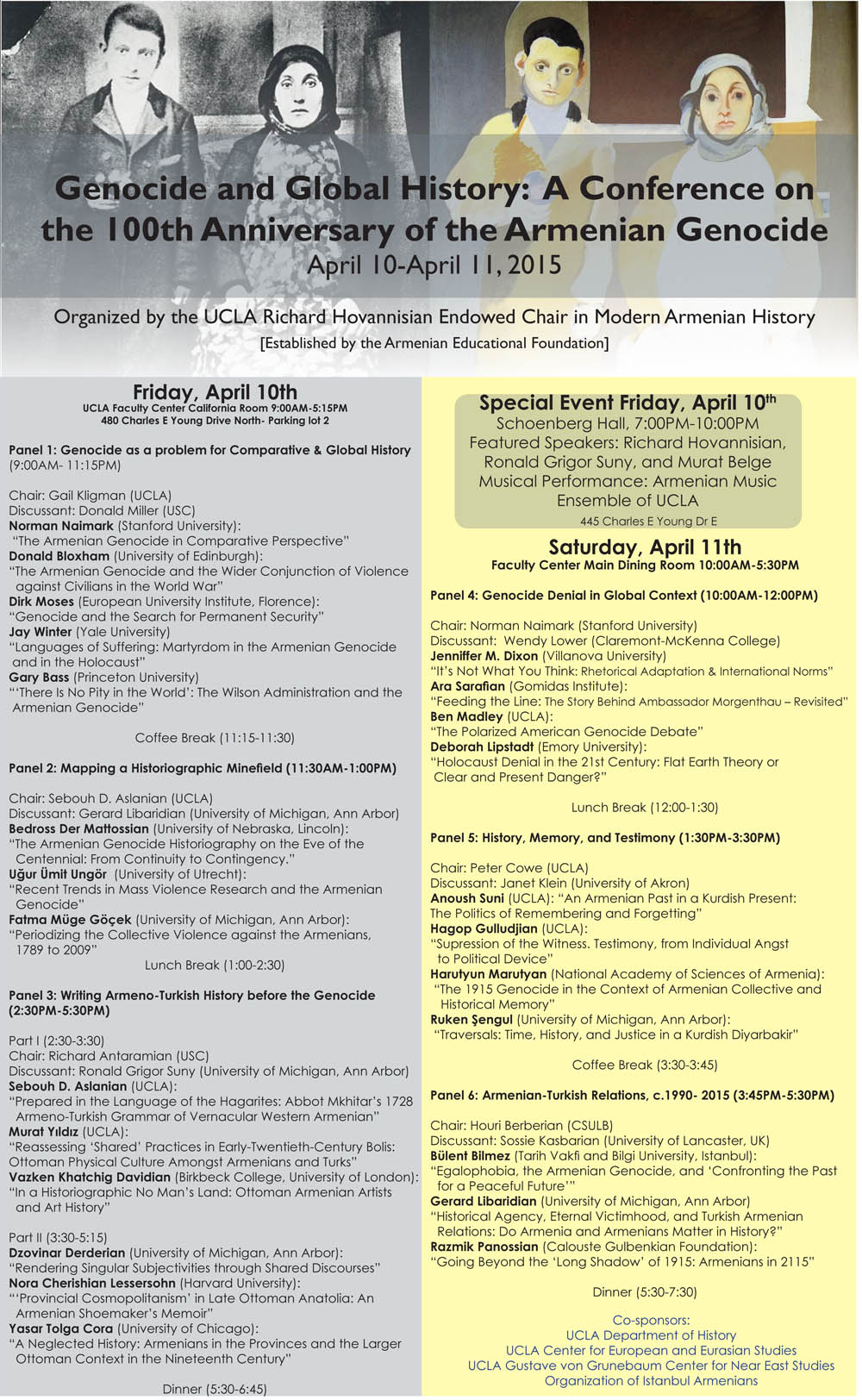 The event is co-sponsored by the Gustave Von Grunebaum Center for Near East Studies (UCLA), the UCLA Center for European and Eurasian Studies,as well as the UCLA Department of History. It will involve two days of panels featuring an international cast of world-renowned scholars as well as an evening of keynote speakers on Friday (April 10) and a small concert at UCLA’s Schoenberg Hall.

Professors Richard G. Hovannisian, Ronald Grigor Suny, and Istanbul-based public intellectual and academic Murat Belge will each provide their reflections with musical interludes by the Armenian Music Ensemble of UCLA under the direction of Movses Poghossian.

One of the concerns that threads together the different academic panels on the genocide is to embed the Armenian-Ottoman tragedy within the larger contexts of world or global history, emphasizing the comparative and connective aspects of this defining event in the historical trajectories of Armenians, Turks, and others in the course of a “century of genocides.”

Please see attached conference poster for a full listing of the program and venue.