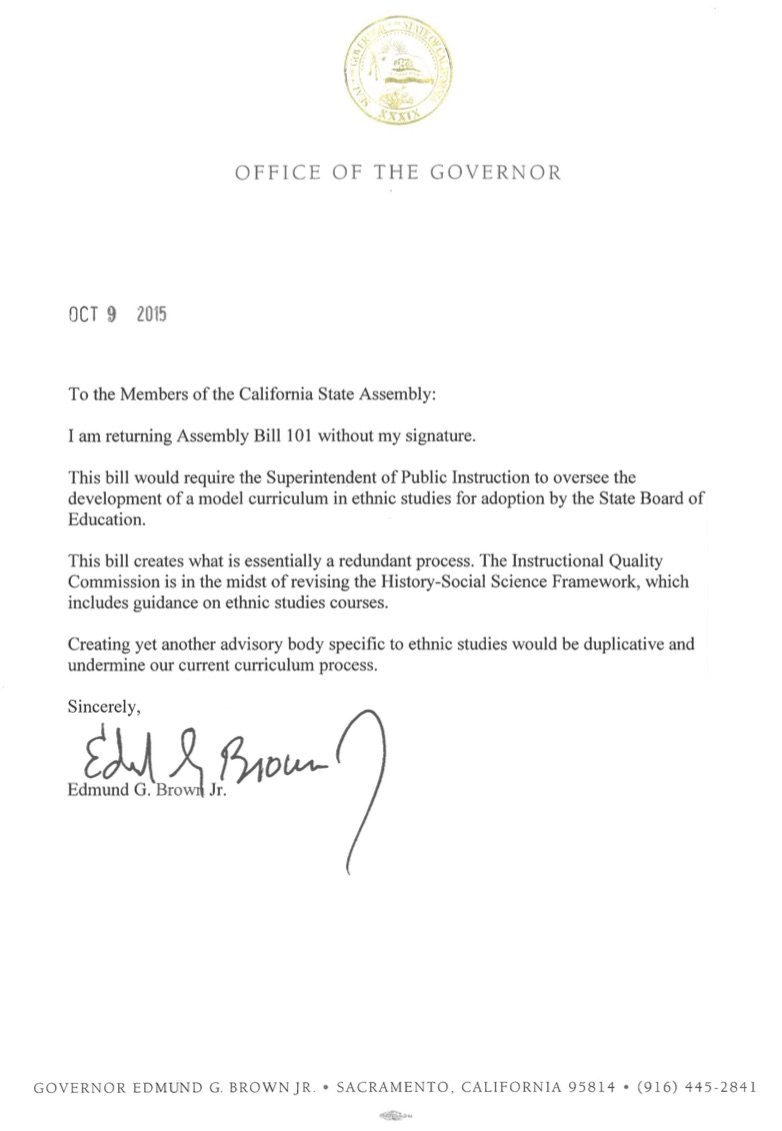 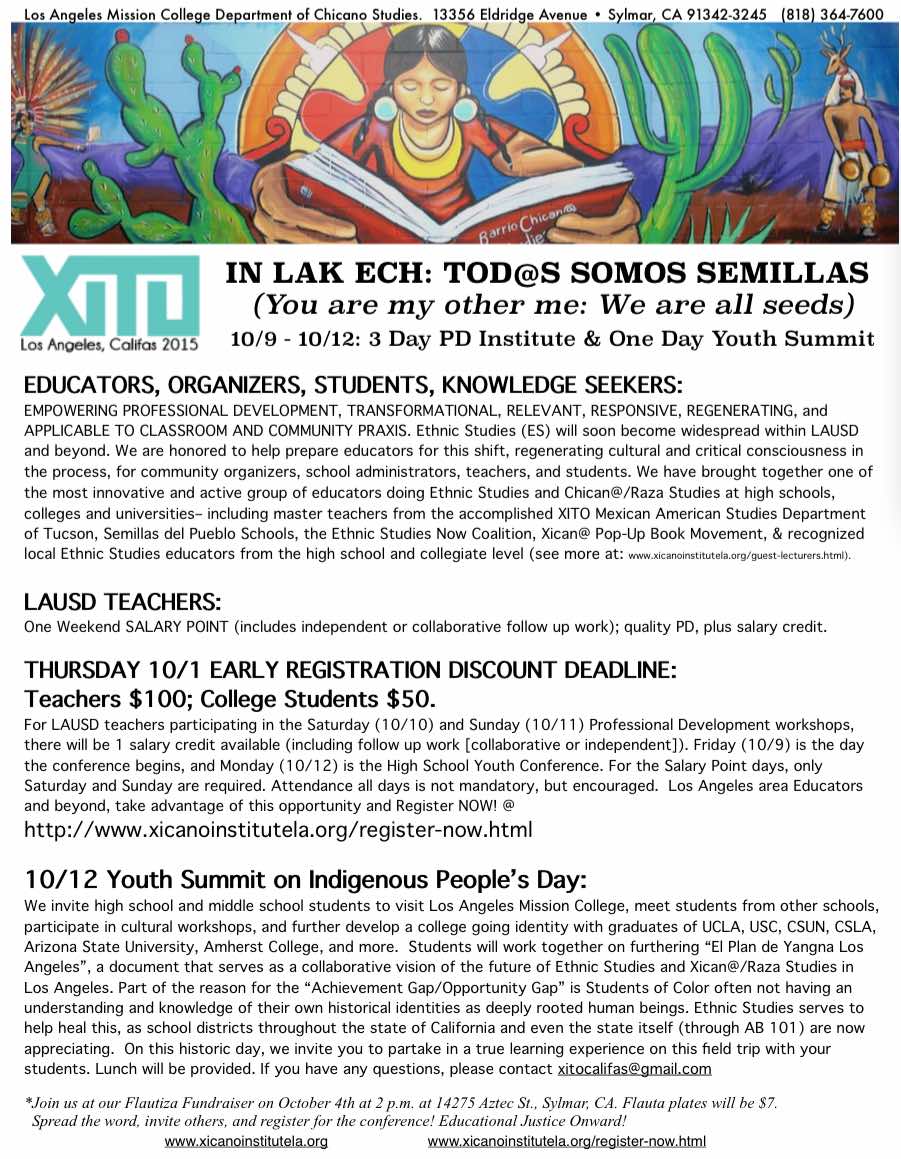 AB 100 passes out of Senate Appropriations -- Your help is needed!

Good News! AB 101 has made it through the Senate Appropriations Committee and out of Senate Suspense. In that process there were some minor amendments made to the bill that focuses the bill on a model curriculum and sets an end date for the Advisory committee.

It will soon go for a vote before the whole Senate and then to the Governor's desk. Unfortunately, we are receiving word that this bill has lukewarm support by the Governor’s office and in fact he may veto the bill...Here are two things you can do right now:

All those in SoCal check out XITO Califas Institute & Youth Summit -- it's from Oct 9-12. Here's the poster: 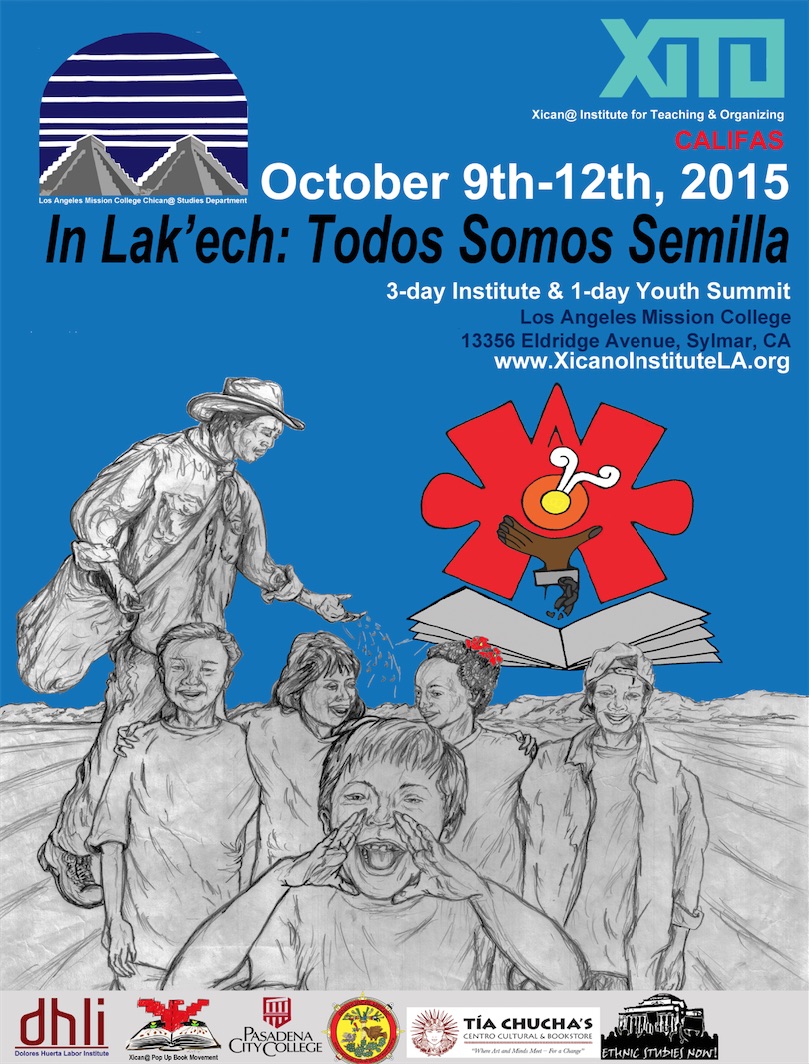 Video clips from this morning's victory in the CA Senate Education Committee! (MORE CLIPS TO FOLLOW) 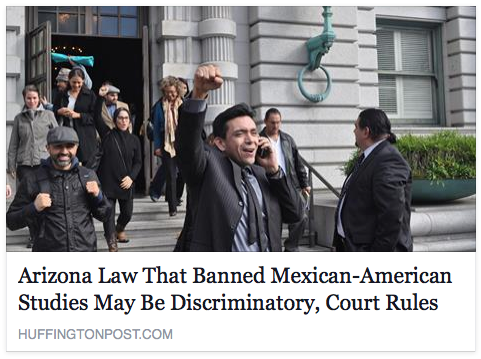 Video of Jose Lara speaking about importance of Ethnic Studies at the National Education Association's Representative Assembly where he received the Social Justice Activist Award:

Congrats I just had the privilege of hearing you accept your award at the NEA RA!! Keep up the fight!!

Students rally outside LAUSD Board Meeting 6-9-15

Student leader Michelle Thomas just spoke on stage to crowd of hundreds in solidarity for #EthnicStudies in #LAUSD pic.twitter.com/Q5oed9yF6m

Dedicated students show up to demand #EthnicStudies in #LAUSD after school year is over. @howardblume @KPCC @pfedu pic.twitter.com/TM4XdUEwIx