Luis J. Rodriguez is the new Poet Laureate of Los Angeles and has emerged as one of the leading Chicano writers in the country with fifteen published books in memoir, fiction, nonfiction, children's literature, and poetry. 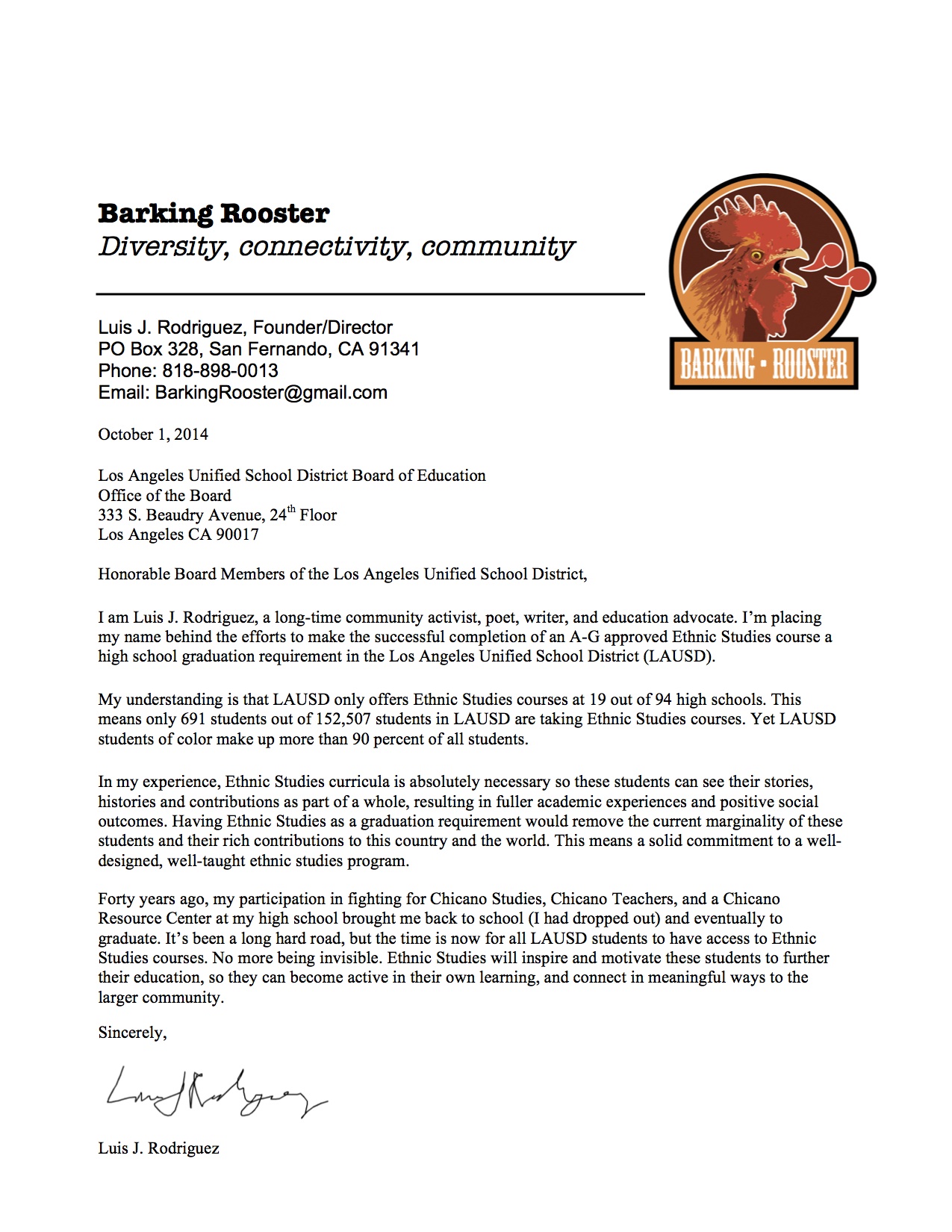